Feldenkrais Dharma is a process of self-discovery practised in a supportive environment using a combination of guided meditations, movements and awareness questions within a context that treats the mind and body as a whole. 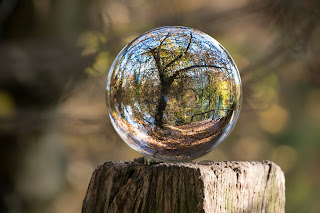 Working with movement patterns that enable a deepening of our innate ability for exploration and discovery, you can open further to the freeing of inherited intentions and superfluous actions rooted in habitual patterns of body, speech and mind.

By developing a refined attention to your body-mind through movement you can gain the confidence to solve problems, resolve pain and deepen your ability to stay tuned into arisings, whether they are unpleasant or pleasant.

History of Moshe Feldenkrais and his Method

Feldenkrais was born in the Ukrainian town of Slavuta. In 1918, he left his family, then living in Baranovichi, Belarus, to emigrate to Israel. [1] There he worked as a laborer before obtaining his high-school diploma in 1925. After graduation, he worked as a cartographer for the British survey office. During his time in Palestine he began his studies of self-defense, including jiu jitsu. A soccer injury in 1929 would later figure into the development of his method.
During the 1930s, he lived in France where he earned his engineering degree from the Ecole des Travaux Publics des Paris, and later his Doctor of Science in engineering at the Sorbonne where Marie Curie was one of his teachers. During this time he worked as a research assistant to nuclear chemist and Nobel Prize laureate Frédéric Joliot-Curie at the Radium Institute. In 1933, he met Jigoro Kano, the founder of judo, who encouraged him to continue his study of judo. He became a close friend of Kano, and corresponded with him regularly. Kano chose him to be one of the doors through which the East attempts to meet the West. In 1936, he earned a black belt in judo, and later gained his 2nd degree black belt in 1938. He was a co-founding member of the Jiu Jitsu Club de France, one of the oldest Judo clubs in Europe, which still exists today. Frédéric, Irène Joliot-Curie, and Bertrand Goldschmidt took Judo lessons from him during their time together at the institute.
Just as the Germans were about to arrive in Paris in 1940, Feldenkrais fled to Britain with a jar of "heavy water" and a sheaf of research material with instructions to deliver them to the British Admiralty War Office. Until 1946, he was a science officer in the Admiralty working on Anti-submarine weaponry in Fairliegh, Scotland. His work on improving sonar led to several patents. He also taught self-defense techniques to his fellow servicemen. On slippery submarine decks, he re-aggravated an old soccer knee injury. Refusing an operation, he was prompted to intently explore and develop self-rehabilitation and awareness techniques through self-observation which later evolved into the method. His discoveries led him to begin sharing with others (including colleague J. D. Bernal) through lectures, experimental classes, and one-on-one work with a few.
After leaving the Admiralty, he lived and worked in private industry in London. His self-rehabilitation enabled him to continue his Judo practice. From his position on the international Judo committee he began to scientifically study Judo, incorporating the knowledge he gained through his self-rehabilitation. In 1949 he published the first book on the Feldenkrais method, Body and Mature Behavior: A Study of Anxiety, Sex, Gravitation and Learning. During this period he studied the work of G.I. Gurdjieff, F. Matthias Alexander, Elsa Gindler and William Bates. He also traveled to Switzerland to study with Heinrich Jacoby. In 1951, he returned to the recently formed Israel. After directing the Israeli Army Department of Electronics for several years, in 1954 he settled in Tel Aviv where he began to teach his method full-time. In 1957, he gave lessons in the Feldenkrais method to David Ben-Gurion, the Prime Minister of Israel, enabling him to stand on his head in a Yoga pose.
Throughout the 1960s, 1970s, and into the 1980s he presented the Feldenkrais method throughout Europe and in North America (including an Awareness Through Movement program for human potential trainers including at Esalen Institute in 1972). He also began to train teachers in the method so they could, in turn, present the work to others. He trained the first group of 13 teachers in the method from 1969–1971 in Tel Aviv. Over the course of four summers from 1975–1978, he trained 65 teachers in San Francisco at Lone Mountain College under the auspices of the Humanistic Psychology Institute. In 1980, 235 students began his teacher-training course at Hampshire College in Amherst, Massachusetts, but he was not able to continue with them through the end due to illness in 1981. There are well over 2000 practitioners of his method teaching throughout the world today.
Sources: http://en.wikipedia.org

Each lesson is focused on the whole person with awareness questions to augment, restore and develop your natural ability to be in a state of awe, wonder and question about your experience.
An ATM lesson generally lasts sixty minutes and consists of comfortable, easy movements that gradually evolve into movements of greater range and complexity. People of all ages and abilities can experience an Awareness through Movement lesson as the focus is on what you are doing, feeling and sensing and not on what you can not do! It is common, that in a lesson you may experience more ease, relaxation, focus, balance and self awareness.
Sources: www.feldenkrais.com, www.insidemoves.org
Quote: “I can't believe the profound changes that I feel in my body after one of Jamie's classes. He has an innate understanding of how the body moves which allows him to guide students through movements to help unlearn old, ineffective patterns of holding. I am an avid walker; Jamie's Feldenkrais classes have allowed me to walk with an ease of movement that I didn't know was possible.” T Coulter

Functional Integration is similar to Awareness through Movement lessons except for an FI is a private one to one session tailored specifically to the needs and desire of the student/client.
An FI consists of movement with gentle, non-invasive touching and is approximately one hour in length.
An FI lesson can be experienced in many different ways and functions i.e. sitting, walking, standing, lying down, bending... The possibilities for learning and deepening awareness are endless and not fixed to any one particular position or way of being. 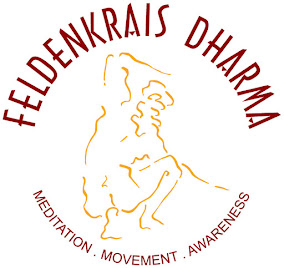